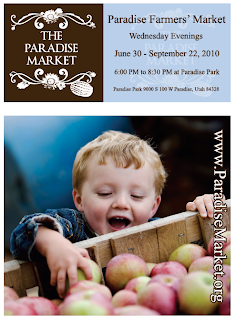 It may not be apparent to all but the purest way to retain ones freedom is to be a producer and by that I mean an owner.

With that shift have gone our freedoms, our society, the worlds greatest asset. It has gone to the few, the controllers, the power hungry. We are at their mercy.

Most of my life I have been driven to do my own thing, but I always felt that I didn’t know how to do the things I wanted to do. I was afraid of failure. Of what others would say or think.

I didn’t have the confidence or strength of character or even belief in my own abilities to succeed. The I heard Jim Rohn say, “Do what you can do.” That’s not hard. I can do a little. I can do one thing at a time.

Then Jim said, “Decide what you want. Write it down. Check it off when you’ve done it. And keep your old lists.” Again. I can do that. Its easy! I decided what I wanted, I wrote it down. The very next day between my mind and my writing I found three ways to be a better producer.

You may not be producing much today. But by the end of the month you could be producing more than you did last month. One thing missing from our modern society is the power of our own self-worth. We can begin to gain it back by becoming a producer.

1. Decide what you want.

4. Keep your lists through life to reference.

Fine something you can produce and make it available to the world. We need producer to be independent from bondage. We need the leaders that independence brings. We need statesmen/mentors to help others realize this too. Will you help change your world? It easy. It only take some hard work on developing yourself. We need Freedom lovers, those that know what it means from the prospective of the founding fathers, or The Virginian, and you’ll begin to understand that we need more men/women like this to save ourselves from the same destruction that came to all other once great societies – decay from within.

Here is an example of one such producer. What can you produce?

Good News From Virginia for Genealogists & Others

According to the new research report, the global diaper market was worth US$ 69 Billion in 2019. Looking forward IMARC Group expects the market

Chocolate Market Size is Predicted to Witness 4.6% CAGR till 2027