BOSTON – Monday, October 21, 2019 – Mayor Martin J. Walsh today joined the Elizabeth Stone House, the Massachusetts Housing Investment Corporation (MHIC) and the Women’s Institute for Housing and Economic Development for a topping off ceremony of the new headquarters for the Elizabeth Stone House, a nonprofit organization serving survivors of domestic violence. The mixed-use building will have 32 units of affordable rental housing and will provide additional services to more than 2,000 individuals each year through a licensed childcare center and space to expand its services and community programming.

“Everybody deserves a safe place to live, and a place to call home,” said Mayor Walsh. “The Elizabeth Stone House provides a valuable and essential safe space for victims of domestic violence. I want to thank all partners involved for their dedication in bringing this project to life that will allow the Elizabeth House to save even more lives.”

The project will be a five-story 56,500-square-foot building at the corner of Westminster Avenue and Washington Street in Roxbury, comprised of 32 affordable housing rental units on the three upper floors. The first and ground floors will contain a licensed childcare center, offices for administrative and service work, and several programming rooms. The new Elizabeth Stone House is expected to open in late summer of 2020.

“This new building is by far the single biggest accomplishment since coming to the Elizabeth Stone House in 1998,” said Nancy Owens Hess, the agency’s executive director. “Our organization has helped thousands of families over the years but have always been constrained by space. Our new home will allow us to make a much bigger difference in the lives of our families and the surrounding community. We could never have achieved our goal without the encouragement and support of all of our partners in the project.”

The month of October is National Domestic Violence Awareness month. In 2018, the Boston Police Department reported making 19,000 service calls for domestic violence incidents, nearly half of which were in Boston neighborhoods that will be served by the new Elizabeth Stone House headquarters. Jane Doe Inc. reported that in Massachusetts in 2018, one in three women and one in five men reported having experienced rape, physical violence, or stalking by an intimate partner in their lifetime.

The Elizabeth Stone House was established in 1974 as a residential alternative to institutionalization of women with mental illness. Over time, the nonprofit expanded its footprint by opening a domestic violence shelter and a transitional housing facility. Elizabeth Stone House was the first transitional housing center in the U.S. for women affected by domestic violence, mental illness, and substance abuse.

The Elizabeth Stone House currently helps adults and children survivors of domestic violence stabilize their personal lives, strengthen their families, take control of their finances, and find a safe place to live. The nonprofit currently serves approximately 500 adults and 350 children annually, providing them with housing, advocacy and access to programs and services.

This new development was made possible in part from a $2.1 million grant from the City of Boston, along with other partners including the Massachusetts Housing and Investment Corporation,TD Bank North, the Massachusetts Department of Housing and Community Development, the Commonwealth of Massachusetts Early Education and Out of School Time Grant, Boston Private, and the Federal Home Loan Bank of Boston Affordable Housing Program. Elizabeth Stone House’s capital campaign raised $2.7 million. 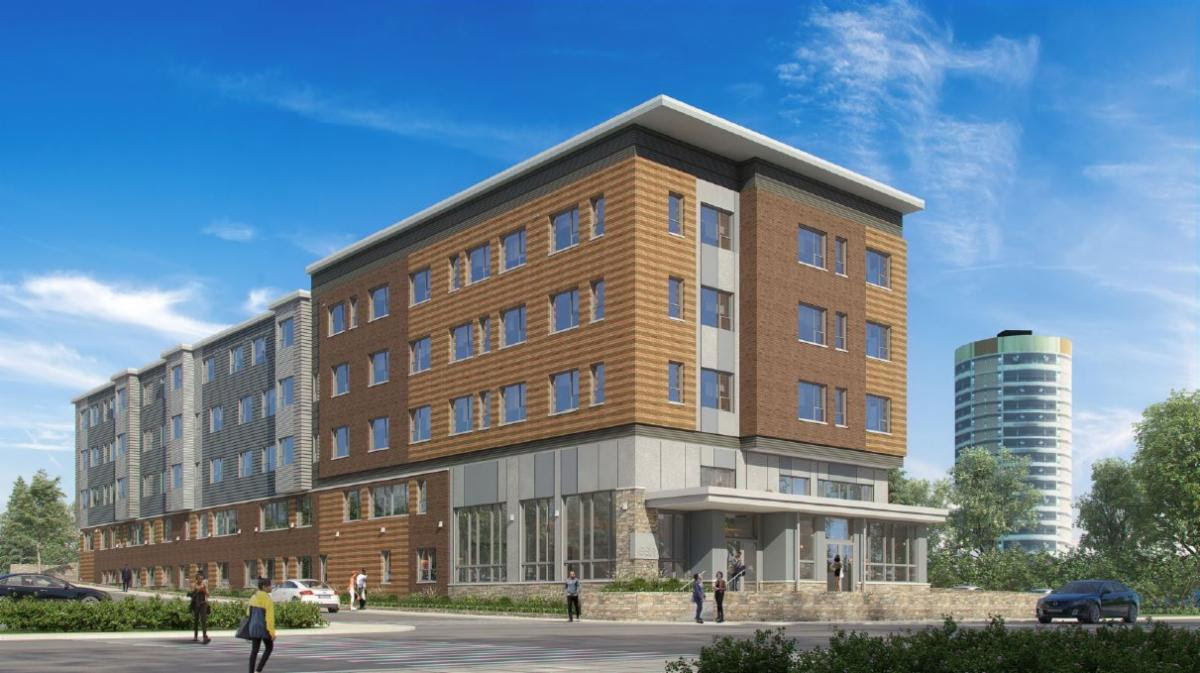 ONLINE: Choose An Adventure with Dewey