At midday on January 15, 1919,  Boston’s North End was full of workers and residents venturing outdoors to enjoy unseasonably warm weather. At about 1 p.m., they heard a low rumble. At first, many assumed it was a Boston Elevated train approaching. But, within minutes, they realized something was very wrong. A 50-foot tall tank full of industrial grade molasses had ruptured, sending a 2.3 million gallon wave of molasses rushing through the crowded North End. 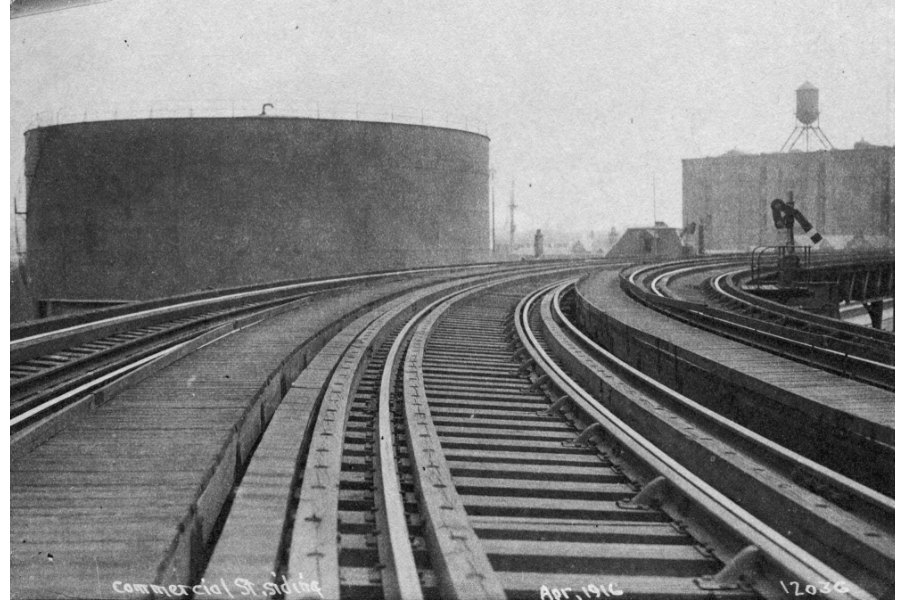 The hulking molasses tank had been built by Purity Distilling Company only a few years earlier, in 1915.  The tank measured 50-feet tall, and rose over the Boston Elevated Railroad tracks that ran next next to it.

Tankers delivered shipments of molasses to Copps Hill Wharf, where it was pumped into the tank and stored until it could be sent to distilleries on train cars, like the one below. 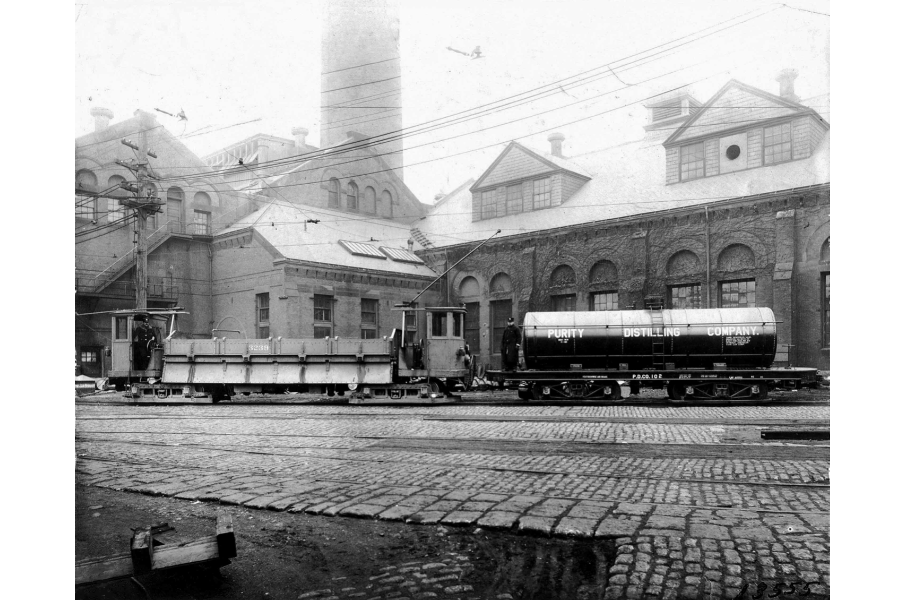 Though the tank had only been built a few years earlier in 1915, local residents knew that it leaked. According to author Stephen Puleo, North End children collected pails of the sticky, sweet molasses. When locals complained that they could see the molasses seeping out at the tank’s seams, Purity Distilling painted the tank brown, to disguise the oozing molasses. Structural engineers later reported that the tank’s walls were far too thin to hold the heavy molasses that the tank stored. Furthermore, the chemical composition of the tank’s walls made them vulnerable to cracking. On January 15, 1919, a combination of the tank’s shoddy construction, a sudden temperature change, and a large new shipment of molasses resulted in a rupture of the tank’s walls.

The wave of molasses rushed through the North End at about 35 miles per hour. It partially knocked an Elevated train off of its tracks, crushed buildings, moved a firehouse and other buildings off their foundations, and suffocated both humans and animals. The crumpled pieces of the tank littering the debris field showed the force of the molasses wave. 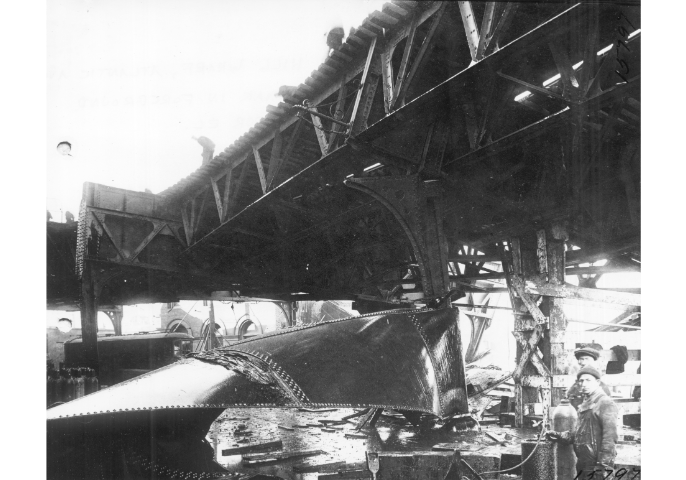 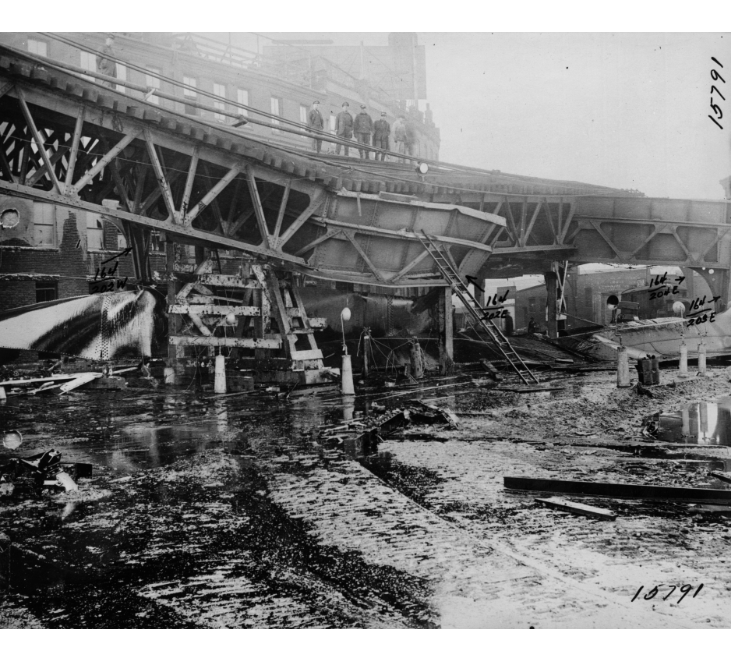 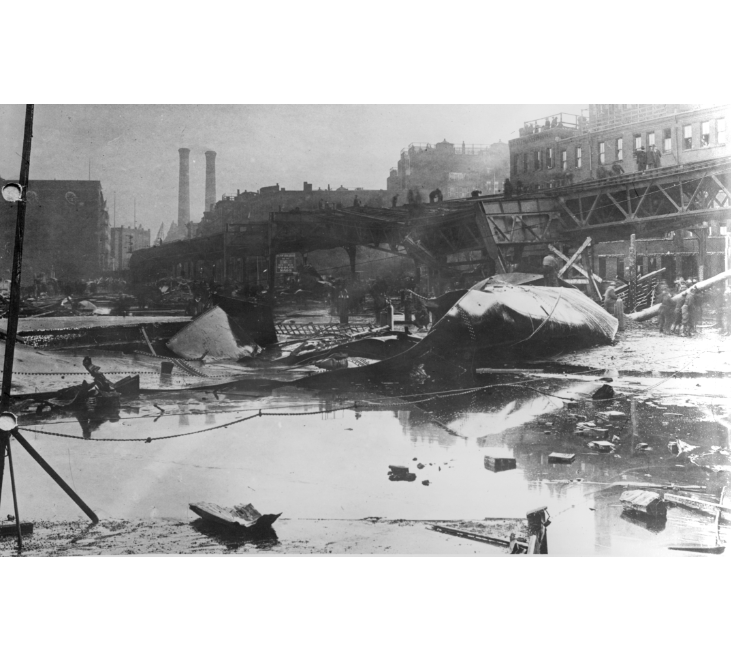 Rescuers, including the Boston Police Department, cadets from the USS Nantucket, docked nearby, and the Red Cross, rushed to the scene. Despite heroic efforts, the molasses killed 21 people and injured 150.  Most of the deceased were laborers and drivers working at the North End Paving Yard and Copps Hill Wharf. However, the deceased also included Pasquale Iantosca and Maria Distasio, two 10-year-olds who had been out enjoying the unseasonably warm day, and George Layhe, an Engine 31 fireman who had reportedly just finished a game of cards before the molasses hit his firehouse. You can read about each of the victims in this Boston.com article.

Cleaning up the molasses and debris in the North End was a difficult process. Molasses coated the wreckage making it almost impossible to move fragments of building and vehicles. City workers finally realized that saltwater broke down the molasses and began spraying the area with water pumped in from the harbor. The Engine 31 fireboat, who’s firehouse had been destroyed in the flood, was key in the cleanup efforts.  The below photos of the cleanup process show the extent of the destruction and the difficulties encountered of cleaning the area. 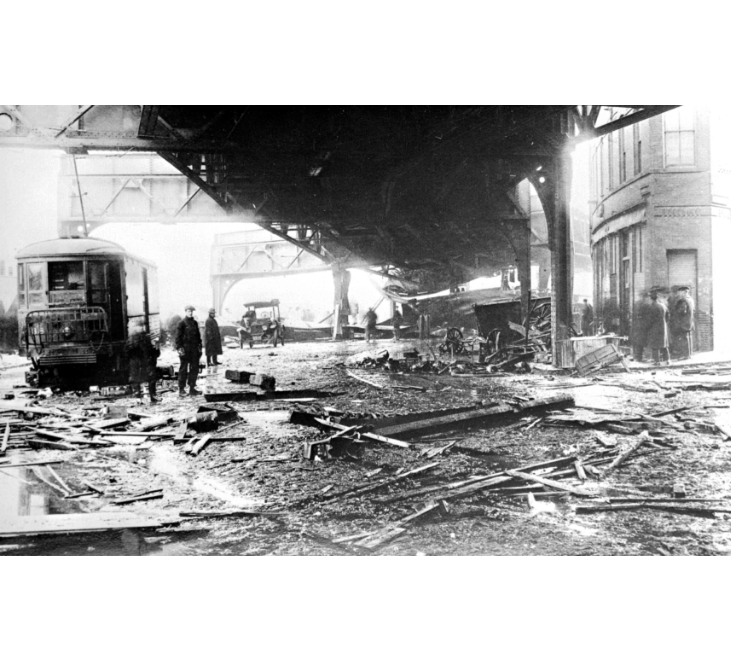 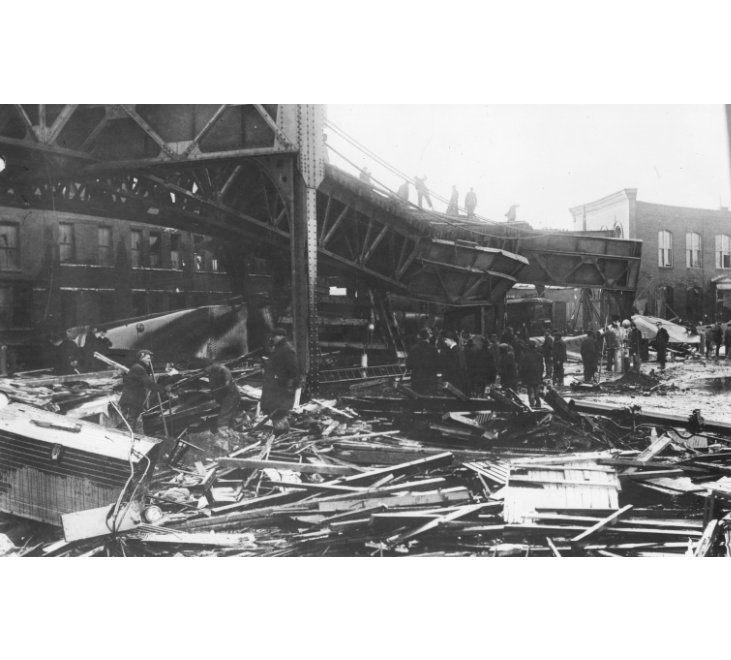 Though locals had observed the structural issues with the molasses tank, the tank’s owners initially blamed an anarchist plot to bomb the tank. An initial inquiry and a later class-action lawsuit revealed the structural instability of the tank. In 1925, a court-appointed auditor ruled that the negligence by the tank’s owners was to blame for the tank’s collapse and the loss of life and property. The tragedy of Boston’s molasses flood led to great changes in the way the United States regulated industries. According to Stephen Puleo, regulations stipulating that engineers needed to sign and seal plans, building inspectors needed to examine projects, and that architects needed to show their work all came as a result of Boston’s molasses flood.

Interested in learning more about the Boston molasses flood?  Take a look at our full collection of photographs documenting the flood.

For further reading, we recommend Stephen Puleo’s book, “Dark Tide: The Great Boston Molasses Flood of 1919.”  We also enjoyed the articles below: