Brooks traveled to Bethlehem in 1865. Three years later, his memories of his journey inspired him to write the lyrics to “O Little Town of Bethlehem.” Trinity Church’s organist, Lewis Redner, wrote the music to carol.

Though Brooks is now remembered primarily for penning “O Little Town of Bethlehem,” he was an active member in Boston’s political and religious circles. He opposed slavery prior to the Civil War, and gave an acclaimed address on the death of Abraham Lincoln  as well as a well received address commemorating the deaths of Civil War soldiers.

When Trinity Church burned down in the Fire of 1872, he oversaw the building of a new church in Copley Square. 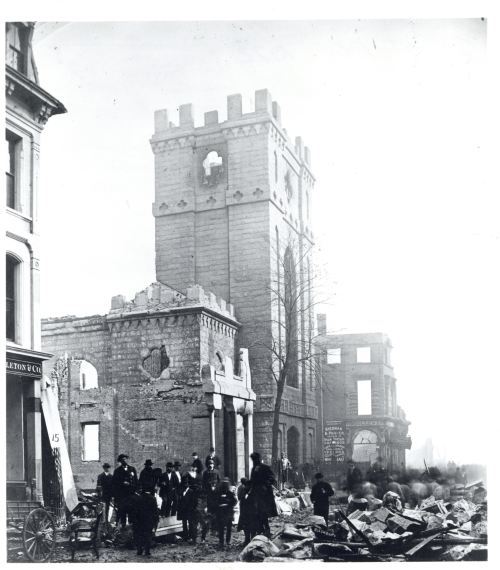 The new Trinity Church, pictured below, became one of Boston’s architectural icons 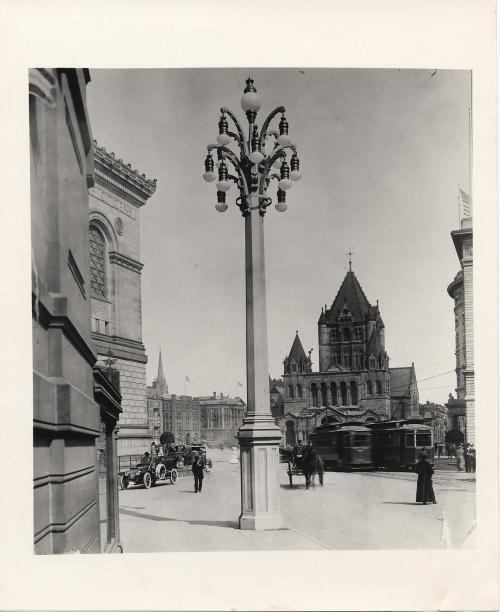 When Brooks died in 1893, Boston’s City Council held a widely attended memorial service for him. The service was full of music, but “O Little Town of Bethlehem” did not make an appearance on the program. 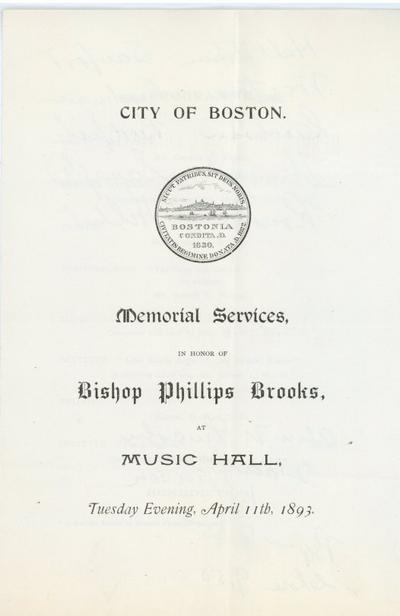 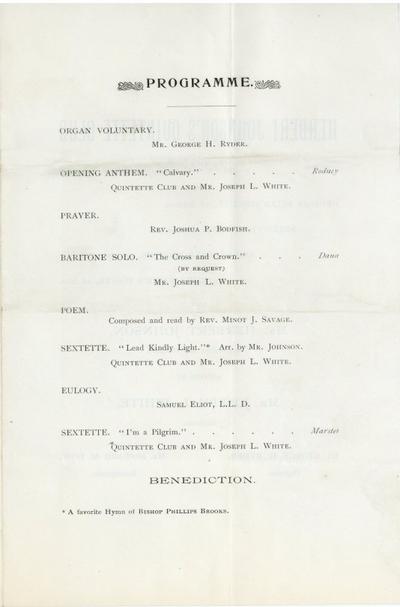 Thirteen years after his death, in 1910, Trinity Church erected a statue of Phillips Brooks that still stands outside the church building in Copley Square.  However, Brooks is most often remembered when “O Little Town of Bethlehem” is sung during the Christmas season.