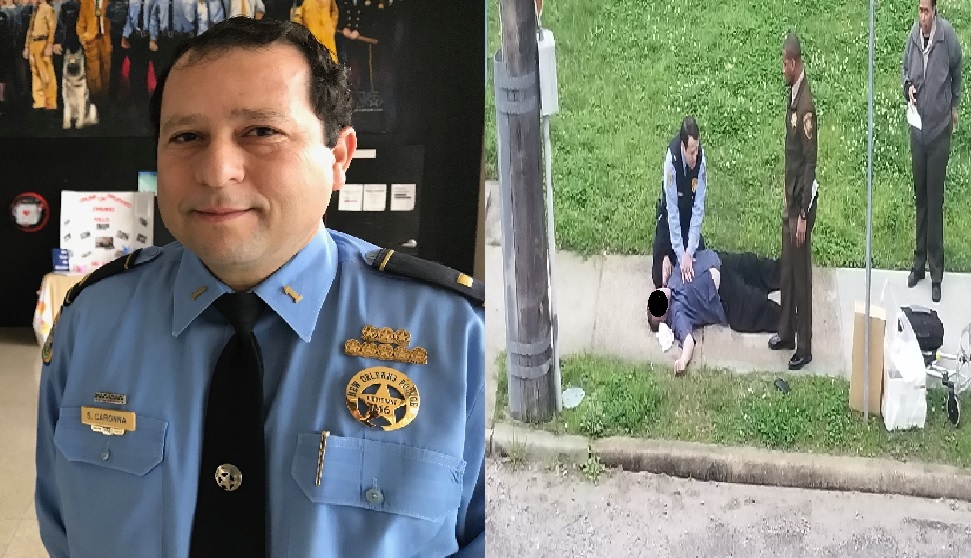 New Orleans – The quick action of one NOPD First District officer is credited with helping to save the life of a man having a heart attack at the intersection of South White and South Broad Streets on February 11, 2020.

At around 8:05 a.m., Lt. Salvatore Caronna was heading to court when he was flagged down by an Orleans Parish Sheriff’s deputy and informed a man was lying unconscious, but breathing on the ground. Lt. Caronna immediately called for EMS on his police radio, but once he noticed the man gasping and stop breathing he jumped into action and began CPR.

Lt. Caronna performed chest compressions for several minutes until EMS arrived and took over the man’s care. EMS used a chest compression tool, defibrillator, an air mask, and heart monitoring system, which showed the man regained his heartbeat before being transported to the hospital.

It is believed that Lt. Caronna’s actions were instrumental in saving the man’s life.

"The NOPD commends Lt. Caronna’s quick and heroic actions. We are so thankful that our officer had the skills to help keep one of our citizens alive until EMS arrived," said NOPD Superintendent, Shaun Ferguson.

For over 30 years, the Santa Cruz Community Farmers’ Market (SCCFM)  has been committed to your health and to the health of the local

One of the companies America’s Real Deal will feature on Facebook in March 2020 is called VIBRAVISION, owned and operated by brothers Nate and