BOSTON – Wednesday, October 16, 2019 – Mayor Martin J. Walsh today joined Boston Police Commissioner William Gross, Boston police officers and community members to celebrate the groundbreaking of the new East Boston Police Station on East Eagle Street. The start of construction on the District A-7 precinct marks a $29.9 million investment in East Boston’s community and safety by creating a building to improve the Boston Police Department’s operations in the neighborhood, and create a community space. This new police station will be the first complete new station in a decade.

“In Boston, we put our community first, and this new police station is an investment in East Boston, and in public safety,” said Mayor Walsh. “This station is our commitment to the next generation. We’re dedicated to community policing, and that means interacting with residents, families and youth in a positive way. For our young people, this station is a place where they can learn about a career in law enforcement, join a youth group, or get mentoring. We will continue to invest in our values of trust and community, and create public spaces that help all residents.”

As Boston leads in community policing, the city’s crime rate is down 25 percent in the last five years. In A-7, major crime is down by 15 percent this year.

“Our officers work hard every day to serve the residents of Boston, creating relationships and ensuring public safety,” said Boston Police Commissioner Gross. “I’m proud that my department has won the trust and respect of our residents, and this new building will allow our police officers to do their jobs more effectively, and continue their incredible work and relationships with the East Boston community.”

The design and location of the building creates a more efficient 27,000 square foot, three story station, and will be LEED Silver Certified, as part of Mayor Walsh’s Climate Action Plan goals. The new building will include a lobby, front desk and gathering space for the community that holds up to 49 people, a community service office, new fencing, a parking area, pedestrian paths, landscaping, and new site utilities.

The Boston Police Department and the City of Boston’s Public Facilities Department partnered with Leers Weinzapfel Architects and J&J Contractors Inc. to design an efficient and effective, community-oriented police station.

The A-7 police station builds on Mayor Walsh’s commitment to investing in community spaces and services for residents in East Boston, and across the city. In East Boston, Mayor Walsh has dedicated $2.4 million for renovation at Engine 5 for the Boston Fire Department; $8.9 million for the Paris Street swimming pool; $4.8 million for Noyes Park; $1 million for a new senior center at Orient Heights; $3 million for McArdle Bridge; new lights at Memorial Stadium; and resilience upgrades at key points along the waterfront. 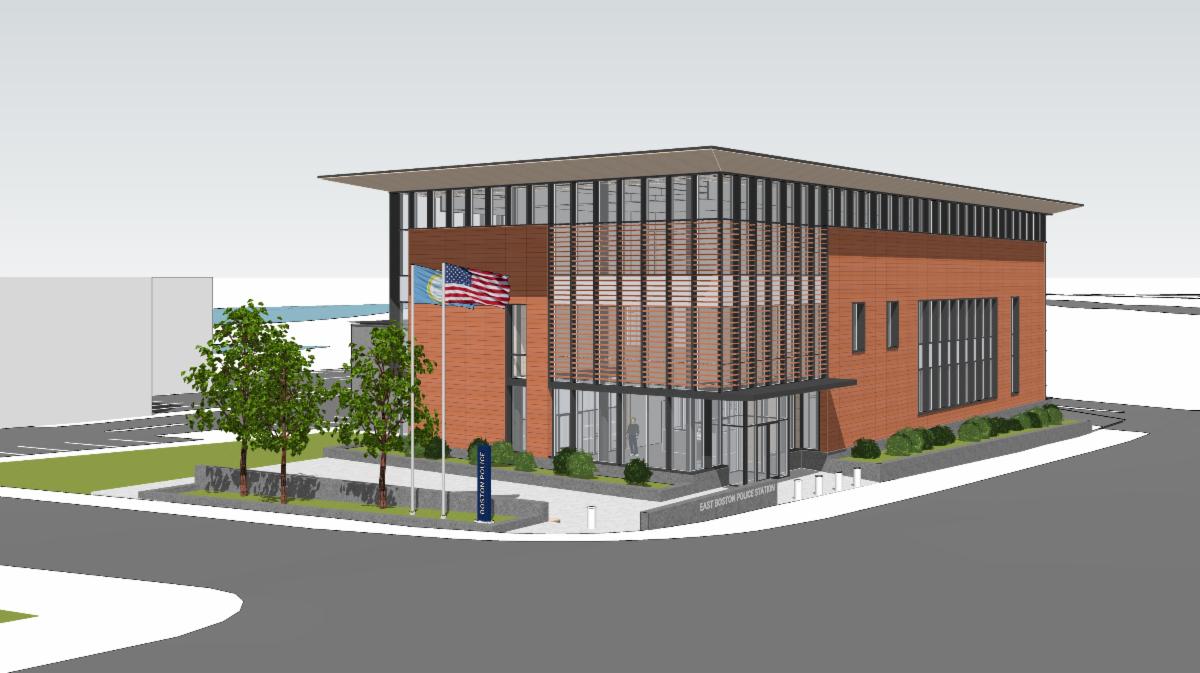