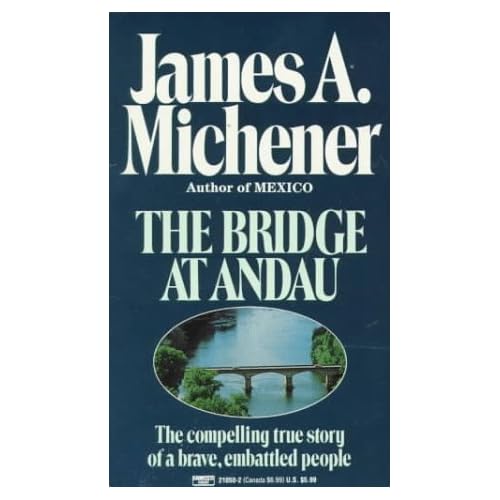 When I heard, ??????The path we offer may be harder, but it leads to a better place,?????? or ??????They should retire with the care and dignity they have earned.?????? at the Democratic National Convention, I am reminded of two things: One, George Orwell????????s satire of Communism in Animal Farm (see article on Animal Farm). See if you agree: ??????Somehow it seemed as though the farm had grown richer without making the animals themselves any richer-except, of course, for the pigs and the dogs. ?????? or ?????????????a thing no one could object to in itself ???????? to set aside the small paddock behind the orchard as a home of rest for animals who were past work??????? (retirement).?????? Then later the reality, ??????She was two years past the retiring age, but in fact no animal had ever actually retired.??????

Two, The Bridge at Andau a book by James Michener about the Hungarian Revolution from the Communist in 1956. It documents the control of the communist leaders and documents what they told the people over and over again and how if they just worked a little harder the future would be grand, yet after so many year it somehow they never came to fruition.

The people, afraid of the government would reeducate their children, hiding in their closets when they came home from public schools. The leaders blamed others instead of making changes. They made the schools the hub of the community. They changed laws to promote moral and social chaos. They restricted travel or made it difficult to do so. Anyone experience the TSA?

They used sports as a tool of social engineering and change. Do we pay more attention to Monday Night Football or politics which has an influence in every aspect of our life? Or do we remember the Roman term ??????bread and circuses?????? which allowed the leaders to change the structure of life while the people were distracted with the games. They controlled the food. No 20oz. drinks in New York City. They falsified scientific research. Some say Global Warming would fit into this category. Or that GMO is safe. They used terror as a tool of control. Could the Patriot Act fall into this category?

Do any of these sound familiar? One thing is clear. History repeats itself and if we don????????t know it, we can????????t recognize the signs. And if we can????????t recognize the signs we will repeat the horrors that oppressive governments have always bound the people with. Oh, the other choice is to follow the once great societies that have crumbled from within. Ie: Roman, Greece, Spain, Aztec, Mayan, Portugal, Egypt, Israel, Babylon, Persia to name a few.

There are big choices facing us this election. How much are you willing to do to find out the truth of what you think you believe? Read things from both sides. Look a little deeper into what each side says. Maybe even research one of the facts. We will be better off if we make an educated decision over an emotional decision.
My favorite quote, ??????To fashion from wreck and sediment a fairer world you must begin with light, with philosophy, with coherent thought. And so I say unto you: Discriminate, discriminate, and again discriminate! Be fastidious. Choose. Select??????
???????? E. Merrill Root
Other books on the list that I will be discussing are:

The Bridge At Andau by James Michener