After a challenging start to the year for the NOPD Homicide Unit, the rate of homicides being solved is now on the increase.  The solve rate — which includes cases cleared by arrests, warrants and exceptions —is at 57 percent, compared to five months ago when the solve rate sat at 27 percent.

The Homicide Unit —consisting of 26 members including supervisors —is responsible for investigating all homicides that occur in the city of New Orleans. However, the unit also responds to all major shootings, suicides and unclassified deaths to assist the district investigative units.

In the beginning of January, the unit faced the challenge of investigating 23 murders in just 31 days. Then, in February, there were roughly 14 murders. The trend continued through June of this year.

“So, we got pounded in the beginning of the year, but our detectives never lost focus,” said Criminal Investigations Division Commander Doug Eckert.

Eckert has been the commander over all criminal investigations, including the Homicide Division, since 2015. He said there are many factors that have contributed to the success in the solve rate, but the biggest is that each detective and member of the unit remained diligent during the rough months.

“These detectives put their best foot forward even though at times they’re frustrated and they feel inundated with the amount of work that they do have,” said Eckert.  It’s not like writing a one page report, there is plenty that’s involved in this.” 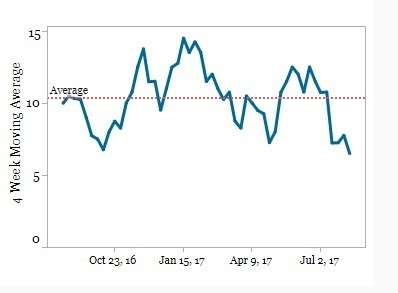 Grappling with Increase in Homicides

It’s no secret that a wave of gun violence struck parts of the city of New Orleans.  During the uptick, the homicide unit was swiftly shifting from case to case.  Lt. Jimmie Turner, who commands the unit, said one of the reasons that contributed to the high murder rate in the beginning of the year was the increase of bodies on each case.

“We’re used to experiencing one homicide body per case, but during the course of the uptick, we experienced multiple bodies,” said Turner.  “We had an uptick in the double and the triple homicides in the early part of this year.”

Although the solve rate and clearance rate is likely to vary given the number of homicides that can occur between now and the rest of the year, NOPD’s solve rate currently remains at 57 percent while the Uniform Crime Report (UCR) clearance rate as determined by the FBI’s formula stands at 52 percent.

Register your 2016 Night Out Against Crime Event